Someone asked me about an app I suggested on All About Android last year for buying tickets online, and I decided I would roll with it and put together a list of other ticket apps instead. (It was this one if anyone is wondering, which I’m not including on this list.) Frankly, I wanted to show off some new app badges I implemented on the site. Things are getting serious here at Flo Feed, folks!

Anyway, here’s a list of apps I use to find concerts and shows to attend when I’m feeling particularly nostalgic about my messy, youthful past and I’m willing to take a train into the city. I’ve opened comments up for anyone who wants to pass along a suggestion, too. 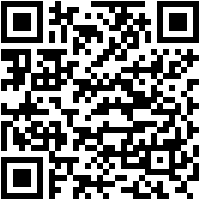 This service aggregates your Last.FM and Spotify listening feeds and asks you to pick regions where you plan to attend concerts. I use Songkick to inform me of any shows happening up and down the west coast—from Portland, where my best friend currently resides, all the way down to Los Angeles, as it’s always an excellent excuse to escape the Bay Area for the weekend. It’s helpful for knowing who is coming to Vegas, too, if you have a trip coming up, and I’ve found that it also works internationally. For instance, back in 2014, Songkick was the reason my husband and I knew to attend the Berlin Music Festival. And this past December, Songkick dutifully reminded me of all the acts coming to Bucharest, Romania. I didn’t buy any tickets, but I was pleased to see that I was receiving suggestions even while out of my home country.

The only caveat with Songkick is that if you’re into a new band, it can be sort of slow to ping you about upcoming shows. I’ve found I have to manually search for smaller independent artists and then add them as an act I’m tracking before it starts to include them in its weekly email roundups of bands that are performing in the areas I’ve flagged.

I pay $10 a month for Spotify Premium, and unless you’re planning to use the service to stream, I wouldn’t suggest it as a primary method for finding live music. However, it’s a great supplement to other services, and I often use it in conjunction with Songkick. My favorite part of the Spotify Concert feature is the weekly emails with hints that a new band I just got into are playing nearby at a small club. Thanks to these emails, I’ve attended many a show for under $15 a ticket. And the best part is that I can leave early and I don’t feel bad about it! I have never purchased tickets through this app, though I have used the service several times before to find what Songkick may have missed and it’s been featured before as a Google Play “Editor’s Choice.”

This app is neat because it syncs with everything, including Spotify, Google Play Music, and even Soundcloud. The service also hooks up to with Ticketmaster’s concert feed, which is not only convenient, but it keeps you from having to deal directly with Ticketmaster yourself, and you can even pay for the tickets directly through the app.

The only drawback to Bands in Town is that, unlike Songkick, it doesn’t let you curate the bands and artists you’re tracking. And though it’s a thorough app, it’s a bit noisy to peruse. I prefer the relative simplicity of Songkick.