I’ve received no fewer than five emails and 15 tweets about switching weather apps since the news of Dark Sky’s demise. This is why I thought to answer this question rather than tackle the mound of research work I have staring down at me.

There are people out there that lived by Dark Sky and I hate to see it go. What is your Dark Sky replacement?

This has been the hot topic of the Android world. Apple bought out Dark Sky at the end of March and saddened me. We were already a month into quarantine (and I was a little over a month postpartum), and then I got the news that I was going to lose access to my favorite weather app. A seance was held, but Dark Sky did not answer. And that’s when I realized it was time to move on.

Dark Sky is still supporting Android users through the end of this summer. And if the weather app you’re using on Android taps into the Dark Sky weather API, you’ll have access to those results until 2021. But I think it’s best if you break it off now. No use in sticking around in the relationship if you know your significant other is more interested in spending their time abroad than in your loving arms. Move on, girlfriend. Move on.

So many weather apps. All the time in the world to go through them, since we should still be sheltering-in-place right now.

Right now, I’m using Weather Live. I landed on it because my Google Play Pass pays for it. The app gives me the forecast by the hour and includes helpful information like when you can plan for Golden Hour, and which direction the wind is blowing. There’s also a useful tide calendar, in case I decide to go Stand Up Paddleboarding again (I haven’t been since I got pregnant) and a UV meter and a Rain Map (not that it ever rains in California). At the very bottom of the app is a Hurricane Tracker, and though it doesn’t immediately relate to me because of where I live, I am always wondering what’s happening elsewhere along the coasts.

If you’re on Android, check out some of these other weather apps that I’ve tried out.

This is an astronomy app, with a weather element sprinkled on top of it. I brought this one to the Android App Arena a long time ago. I love it for its spacey interface design and its relative thoroughness. It can be a bit hard to read, though, with all the graphs and charts.

Get it straight from the U.S.’s National Oceanic and Atmospheric Association. If you still trust us, of course. Because whatever’s happening in this current administration is sure making me second-guess any of my country’s official affiliations. I love these modern times!

This app uses Dark Sky and the AerisWeather API to pull in its weather data. Or you can choose its proprietary API. This one costs some money for premium features like an interactive radar map and a lightning tracker. But visually, it looks the most similar to Dark Sky. 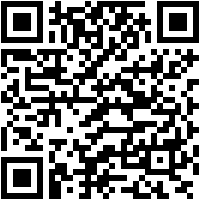 Got any other suggestions for weather apps you love? Please leave them in the comments below. I’ll be linking this page for those folks asking for suggestions once they realize Dark Sky has ghosted them. We all need to hold each other up during this trying time.

« Ask Flo: Casting Music to the Google Home
Stuff I bought in quarantine »